From the challenges of a post-COVID-19 world, to climate change and new legislation, here are some of the top 10 expert-opinion pieces of 2021. 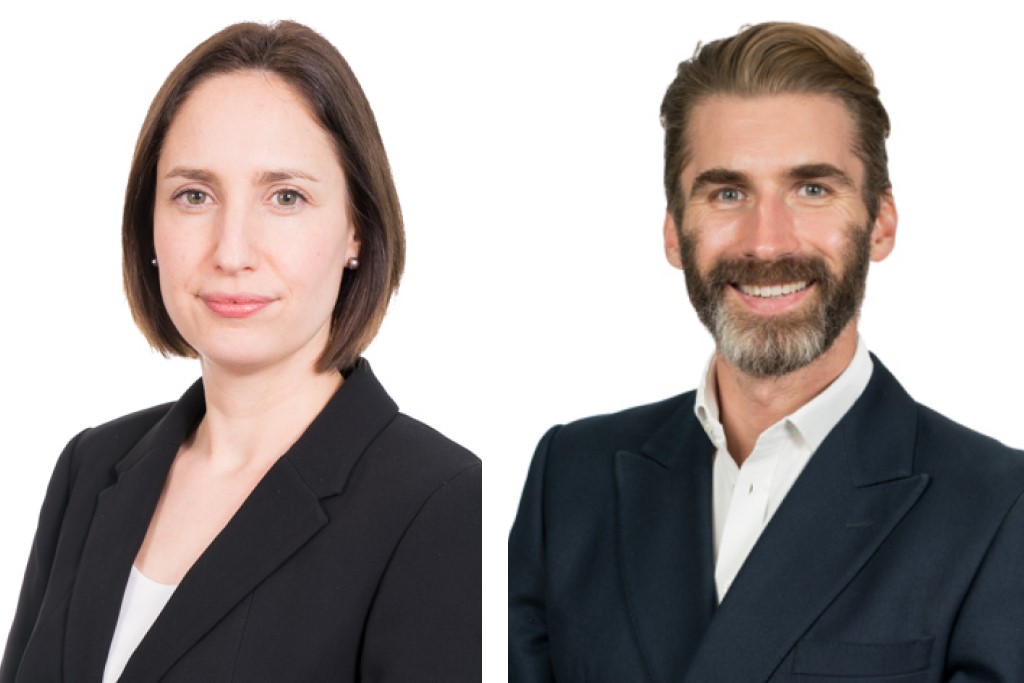 Partner Catherine Gelder and senior associate David McCoy, from law firm CMS, examined the potential implications of the Building Safety Bill, which the government introduced to parliament in July.

The draft sets out plans to overhaul fire-safety regulation in the wake of the 2017 Grenfell Tower fire, introducing a new regulator, changes to the building-control profession, a new regime for duty holders and more stringent sanctions.

Of most relevance to the construction industry, Gelder and McCoy noted proposed changes to the Defective Premises Act, and that the bringing into force of Section 38 would extend the limitation period for claims from six to 15 years. They suggested these elevated risks for liability may put upward pressure on the pricing of construction work and the insurance policies needed to allow work to proceed.

Meanwhile, a survey in October suggested that more than half of contractors, clients, architects and engineers knew how they would approach new ‘golden thread’ rules, set to be introduced by the Building Safety Bill, which is expected to come into force in 2023. 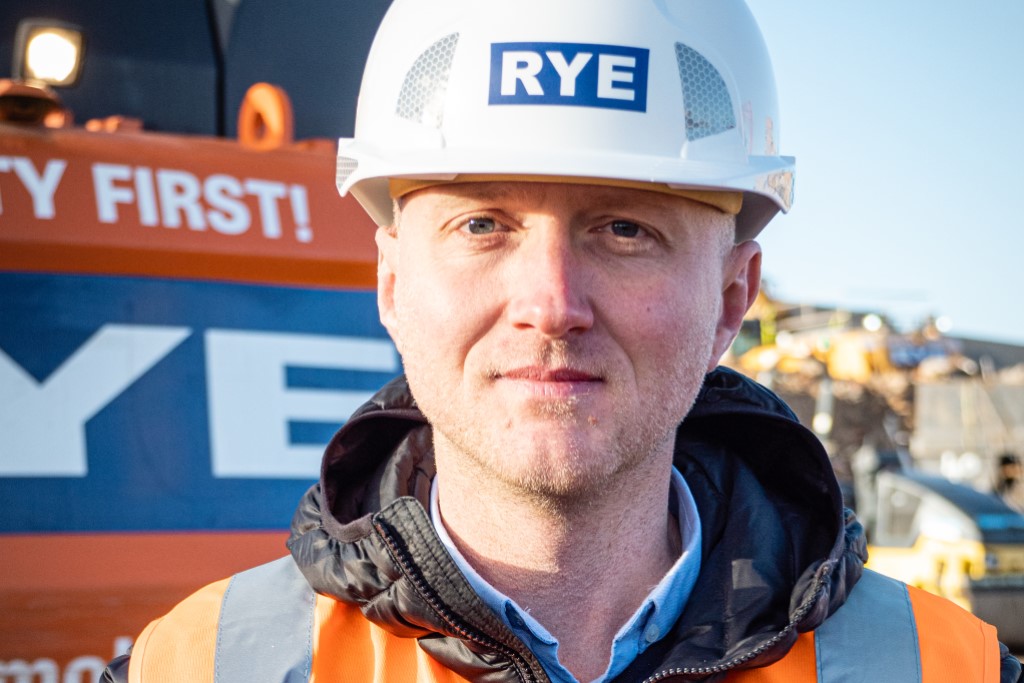 Ben Griffiths, safety, health, environmental and operations director at Rye Group, described how the demolition contractor had switched from using diesel to hydro-treated vegetable oil (HVO) in order to cut its carbon footprint.

Griffiths assessed some of the challenges involved in making the switch, including maintaining supply and the cost implications for the business. However, he also said his firm was changing to HVO because it was “the right thing to do” in the face of the impending climate catastrophe.

More recently, coinciding with the COP26 event, the UK Green Building Council has warned that new regulations should be introduced for construction to avert the risk of missing net-zero goals. Perhaps more firms should be following Rye’s lead on adopting HVO. 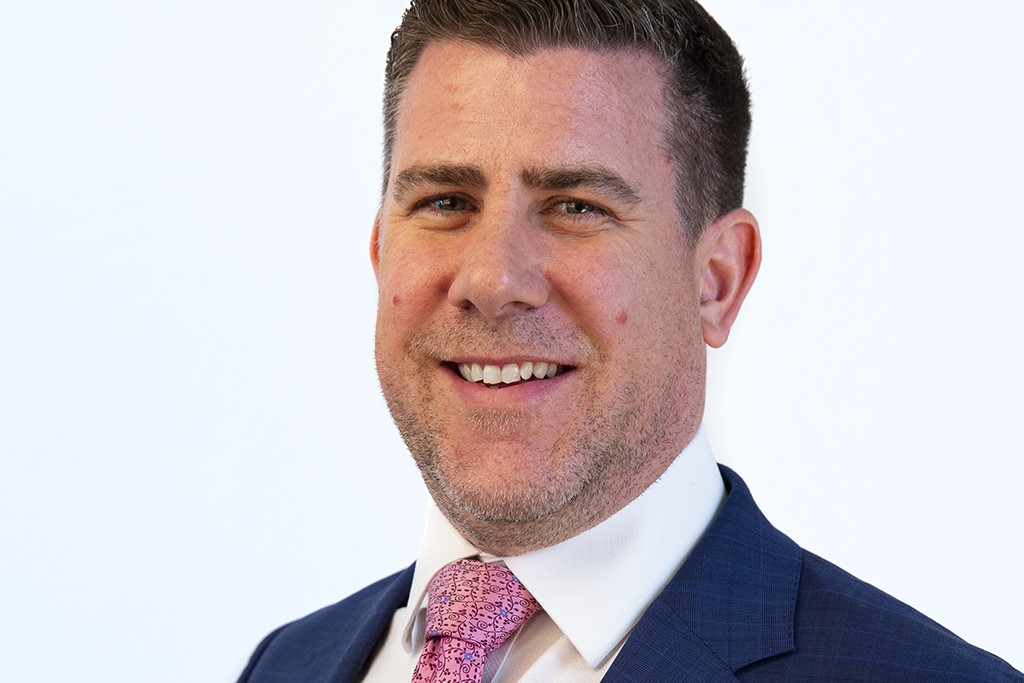 While buzzwords about alliancing have been bandied about since the Latham report in the mid-1990s, a new wave of advanced insurance-backed alliancing (IBA) contracts are showing how more collaborative working can eliminate many of the negative outcomes seen in the traditional design and build process.

Andy Desmond, UK construction industry leader at insurance broker and risk adviser Marsh, explained how IBAs bind the project owner and all other stakeholders contracted to deliver it (including main contractor, subcontractors, architect and engineer), to optimise capabilities, remove conflicts, and encourage efficiencies through transparency and collaboration.

Desmond identified that IBAs also provide greater resilience to harsher insurance-market conditions – a desirable factor since major claims in 2017-18 triggered a hardening of the insurance market, which has since worsened amid the COVID-19 pandemic.

Insurance was also the focus of another comment from earlier in the year by NG Bailey group insurance manager Richard Roberts, in particular professional indemnity insurance (PII).

Roberts noted that, in construction, PII premiums have soared while coverage exclusions have increased. He identified a number of factors driving this, including an increase in historic claims in the sector and the cyclical hardening of the insurance market.

He also recommended paying attention to the insurances of supply chain partners, and offering support where possible to ensure appropriate cover is always in place.

Roberts concluded: “Construction PII is under the microscope. We all have a duty to ensure risks are managed effectively now and in the future.” 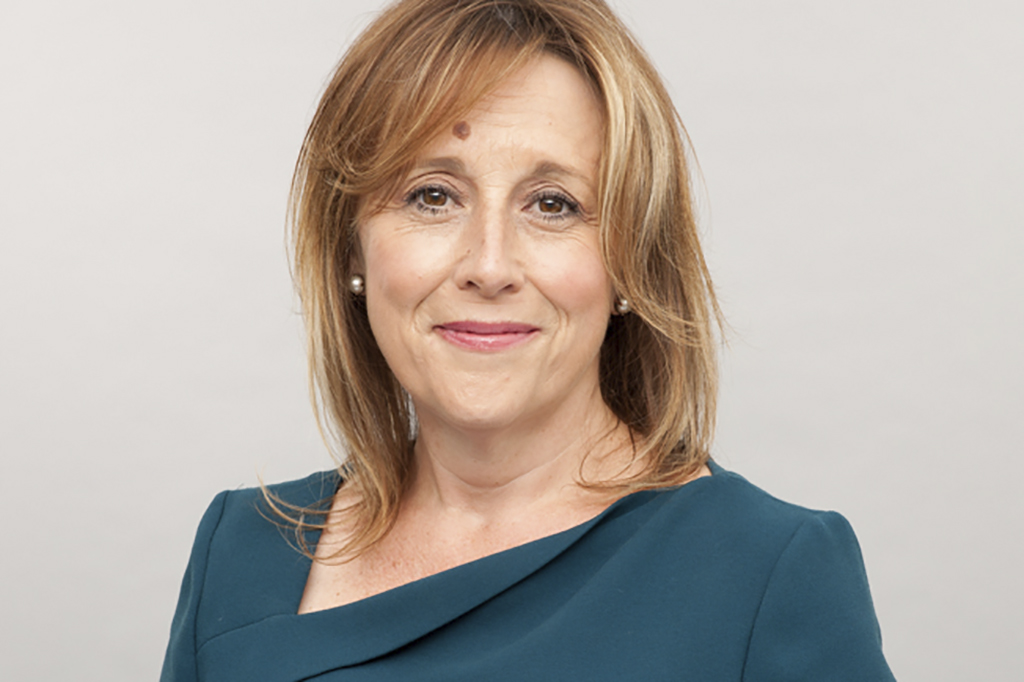 Blake Morgan construction partner Joanna Rees warned that economic hardship caused by the COVID-19 pandemic and a lack of clarity on immigration, post-Brexit, have increased the risk of people being exploited through modern slavery, particularly in the construction industry.

She cited a report by Unseen UK, the UK’s leading charity on modern slavery, which revealed that 57 cases with 209 potential victims had been reported to its national helpline in 2020 – up 12 percent on the same period in 2019.

Rees called on the industry to stay aware and work together to “put a stop to the exploitative practices that have escalated during the last year”.

As recently as September, 13 men have been arrested on suspicion of modern-slavery offences relating to building sites in north London.

5) We can’t build back better without the builders 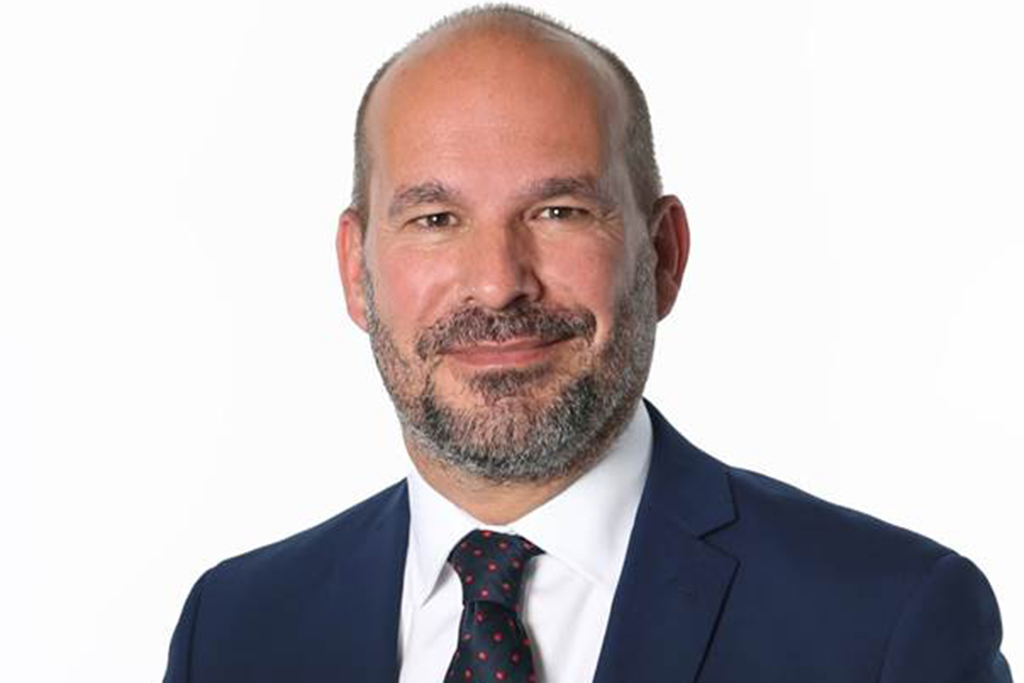 Mark Farmer, Cast chief executive and author of the construction industry review Modernise or Die, warned that the decarbonisation agenda will only be delivered when the sector has solved its skills crisis.

Farmer referred to a report by the Institute for Public Policy that showed significant action is needed from both industry and government to deliver the skills required for a successful green economic recovery.

The skills crisis continues to be a thorn in the industry’s side with the Building Back Britain commission saying last month that major regional training hubs should be founded across the UK to increase the construction workforce.

4) Beyond time, cost and quality – the unforeseen benefit of MMC 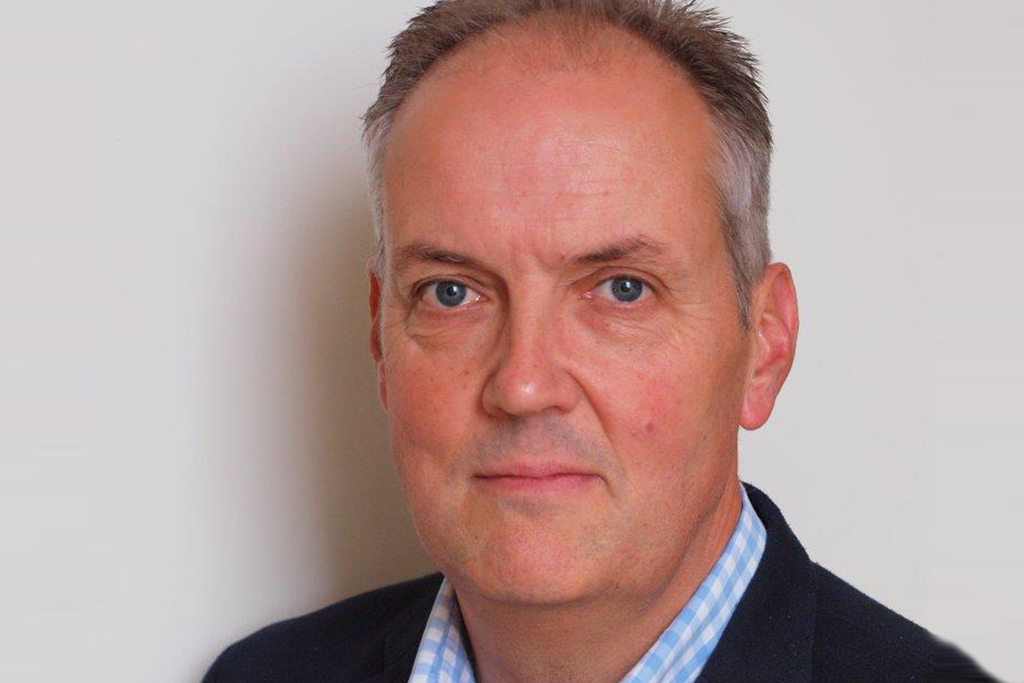 Faithful+Gould’s UK MMC lead, Stephen Wightman, outlined his theory on how modern methods of construction can not only improve delivery in the build process, but also boost diversity in construction, thus opening the industry up to a wider talent pool and helping with the skills crisis.

Wightman admitted the industry still has a way to go, referencing a GMB survey that said only one in eight construction workers are women, and only 5.4 percent come from black and minority ethnic backgrounds. He also cited Construction News’ LGBT+ survey, which showed over half of LGBT+ respondents did not feel comfortable being open about their sexuality or gender on construction sites.

However, he said that by taking more of the build process offsite, firms could offer more reliable shift patterns, more accessible workplaces, and create more accepting working environments. Wightman wrote: “MMC on its own won’t solve our diversity and inclusion issues, but it can help.” 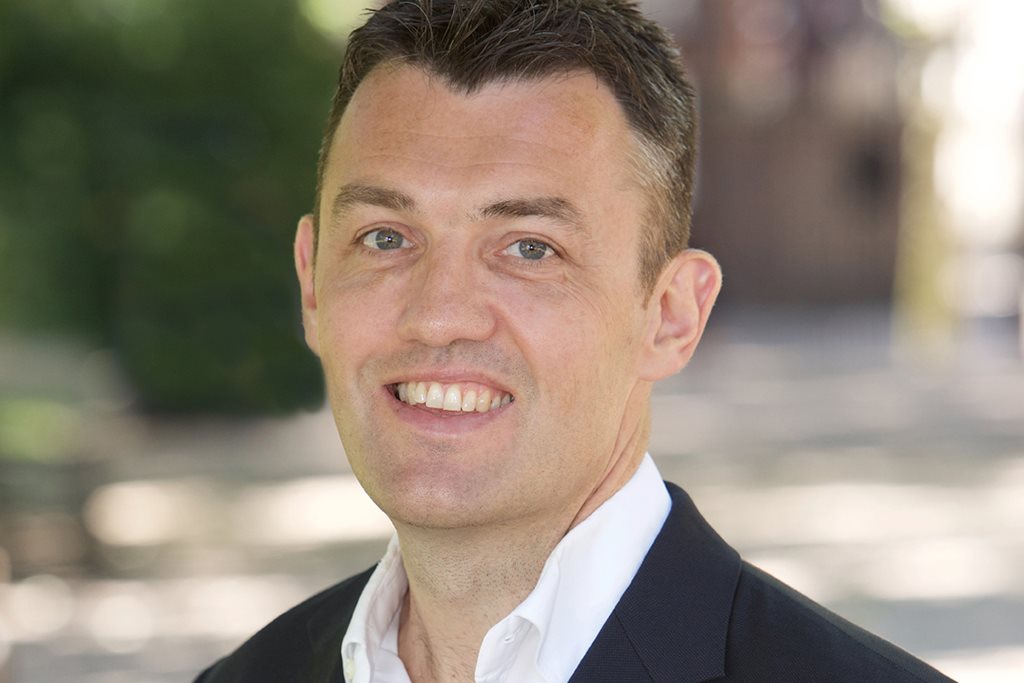 At the beginning of the year, Constantine Law managing partner John Hayes described the effect that Brexit would have on the workforce, in terms of employing workers from the EU.

“The new rules are complex and detailed, and will create significant resourcing issues for the construction industry during 2021,” he wrote. Hayes described in detail the administrative hoops that construction firms would now have to jump through to recruit EU labour.

“These changes will create a real resourcing issue for the construction industry during 2021 unless the industry campaigns to add all construction workers to shortage occupations,” he added.

In September, vacancies in the construction industry hit an all-time high and topped 40,000 for the first time since 2001, when the data was first recorded.

2) Contracts: 5 NEC changes to be aware of 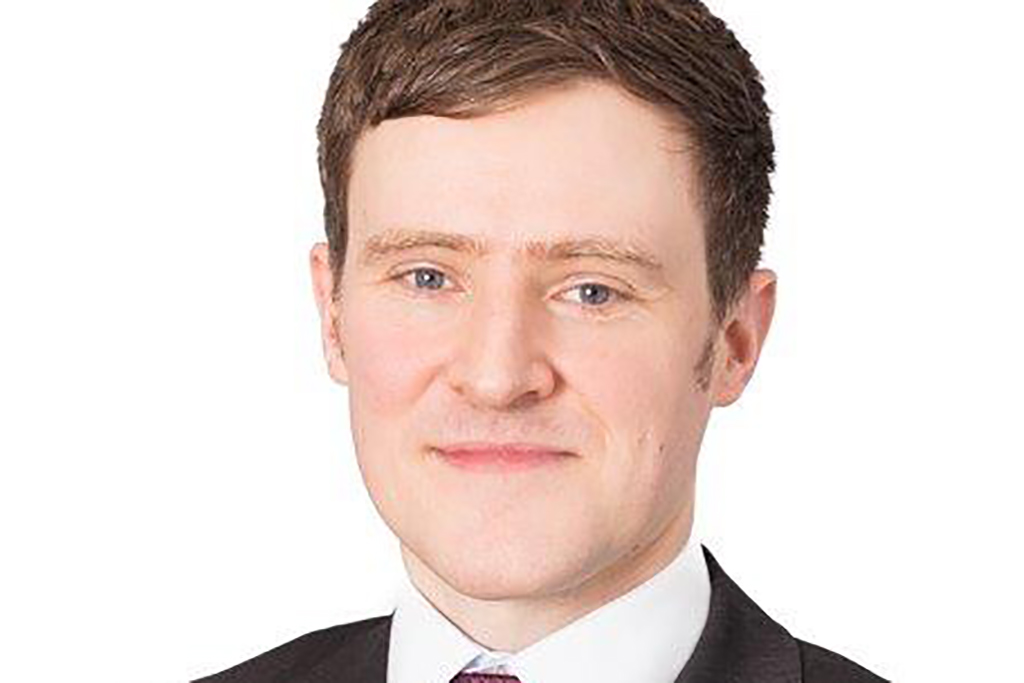 CMS senior associate Christopher Dickson issued guidance on the second set of amendments for its NEC4 suite of contracts, issued towards the end of 2020.

Writing in March, Mace Construction chief executive Gareth Lewis looked back over the previous year, noting: “I have seen UK contractors changing their operations at a scale and pace I never expected. When the 2016 Farmer Review urged rapid construction modernisation or risk extinction, this is what it meant.”

Lewis went on to outline his vision of how construction and the wider built environment sector could respond to the unprecedented problems the world is currently facing – from “the great challenge of our generation in climate change”, to emerging from the post-pandemic economic crisis.

Ultimately, he sees the solutions to these problems lying in the industry adopting modern methods of construction, such as Design for Manufacture and Assembly, as well as a greater emphasis on building safety, with more attention paid to quality and compliance.

He ended his comment piece on a contemplative, optimistic note: “We live in a time of great challenges and, if our industry is going to rise and meet those challenges, we must redefine the boundaries of ambition.”